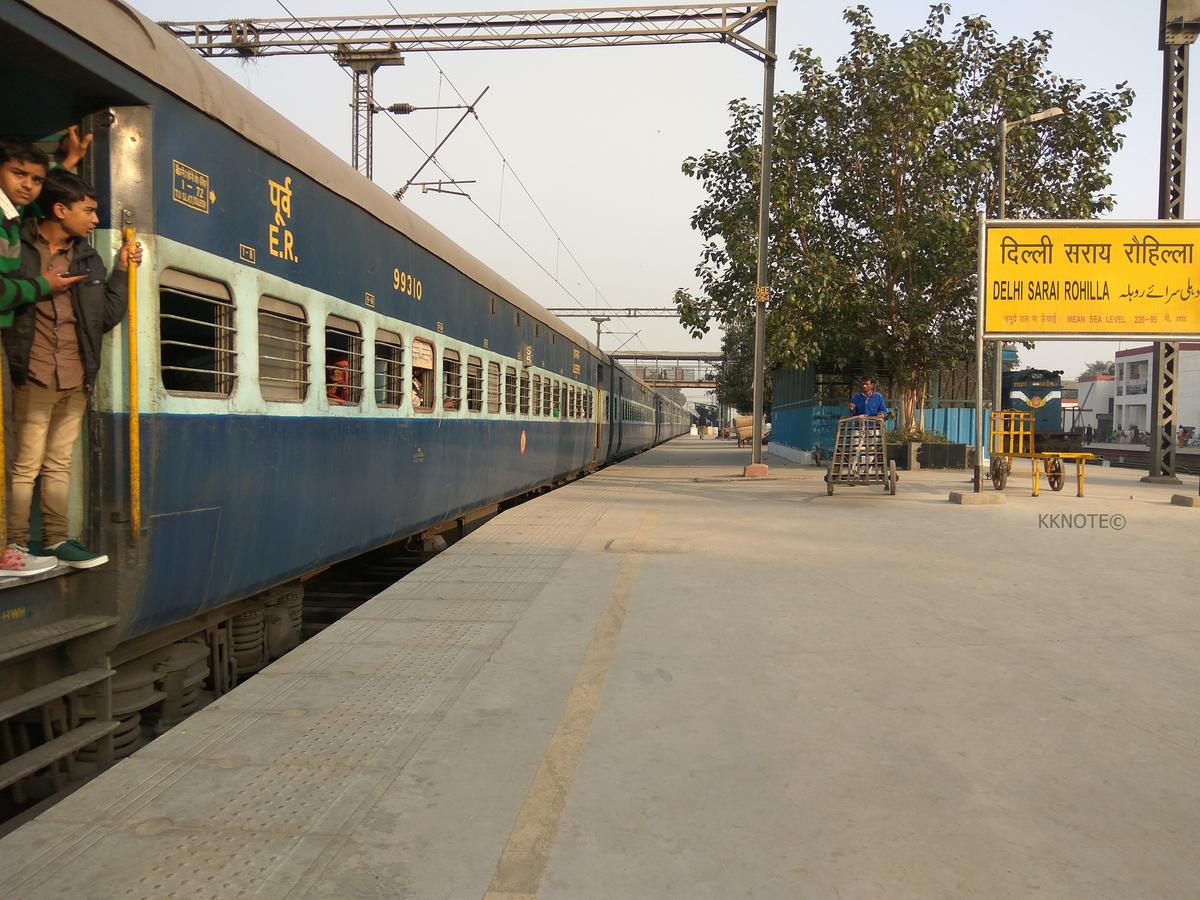 Delhi Sarai Rohilla railway station, is situated about 4 km from old Delhi railway junction in India. Delhi Sarai Rohilla Railway Station Code is DEE. It is managed by Delhi Division of Northern Railway zone. Many trains from Delhi to Haryana, Punjab, Rajasthan and Gujarat stop at this station. More than twenty trains including Duronto and AC trains originate at this station. Sarai means an inn or resting place for travellers. The station is named after the medieval village it was located in. The village itself was named after a sarai, named after Ruhullah Khan, a noble in the Mughal court.

Prepaid Taxi and autorickshaws are available to anywhere from both sides of Delhi Sarai Rohilla Railway Station.