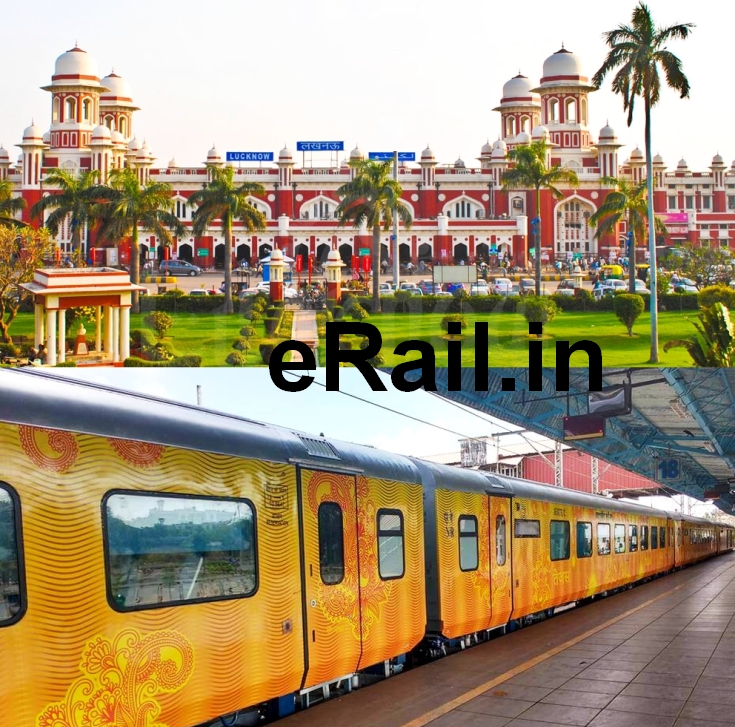 Lucknow's Charbagh Railway Station, till 1867, was a large orchard. The present Station building was constructed in 1926 with domes and minars of Mughal architectural design, intended to harmonise with the architecture peculiar to the important historical buildings to the city which date to the days of the Nawabs of Awadh. The building constructed in red brick has a frontage of long verandahs adorned with Mughal arches.

It is situated at Charbagh in the south of the city, hence the popular name. The words 'Char Bagh' refer to the four gardens which existed here earlier. Lucknow city is well connected with all metro and other important cities like Bangalore, Chennai, Kolkata, New Delhi, Mumbai, Jammu Tawi, Guwahati, Chandigarh, Pune, Jaipur and Bhopal either by Lucknow Charbagh (N.R.) or by Lucknow Junction (N.E.R.). The terms "Lucknow Charbagh railway station" and "Lucknow NR station" are used for the same railway station LKO.

It is also the main hub for the Lucknow-Kanpur Suburban Railway system (MEMU). 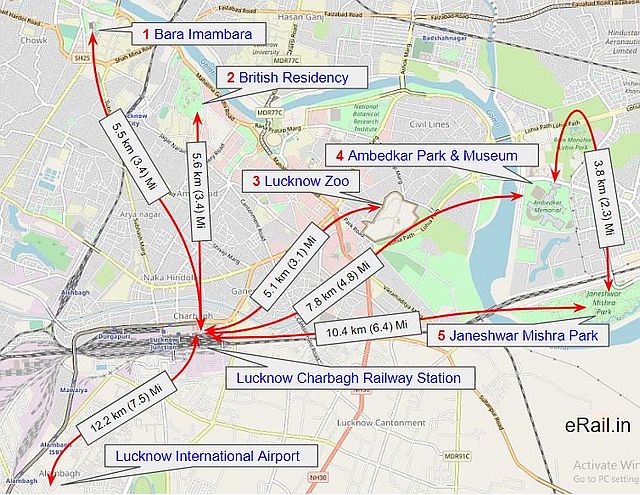 Bara Imambara known as Bhool-Bhulaiyan : This large structure was built by Nawab Asaf-ud-Daula in 1786-91 and is one of the architectural wonders of that era. Its central hall is said to be the largest vaulted chamber in the world. Except for the galleries in the interior, there is no woodwork in the entire structure. It is now used by Shia Muslims for the purpose of Azadari.

After reaching the Lucknow Charbagh Railway Station, you need of local transport to reach Bara Imambara. You can easily get taxi, auto-rickshaw, local Bus in the city that will take you to your destination Distance from Lucknow Railway Station To Bara Imambara is 5.5 km & Travel Time is 13 mins By Road.

Distance between Lucknow International Airport and Lucknow Railway Station is 10 kms or 6.2 miles.

Prepaid Taxi and autorickshaws are available to anywhere from both sides of Lucknow Charbagh Railway Station.