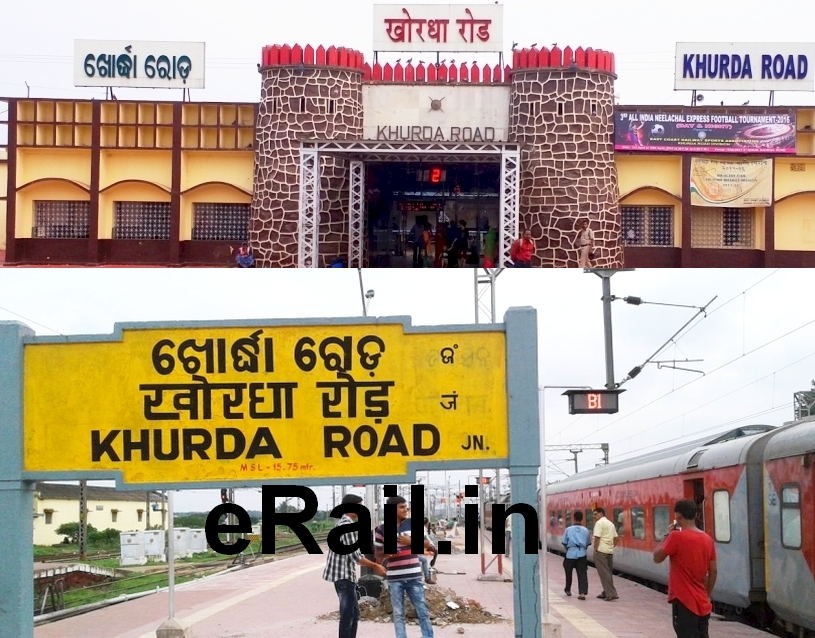 Khurda Road is an important railway junction station in the Indian state of Odisha. It serves Jatani, which is also known as Khurda Road.

During the period 1893 to 1896, 1,287 km (800 mi) of East Coast State Railway was built and opened to traffic. It necessitated construction of some of the largest bridges across rivers like Brahmani, Kathajodi, Kuakhai and Birupa. Bengal Nagpur Railway’s line to Cuttack was opened on 1 January 1899.

The Khurda Road-Puri section was opened to traffic on 1 February 1897.

Distance between Khurda Bus Stop and Khurda Railway Station is 7 kms or 4.3 miles.

Prepaid Taxi and autorickshaws are available to anywhere from both sides of Khurda Road Junction Railway Station.