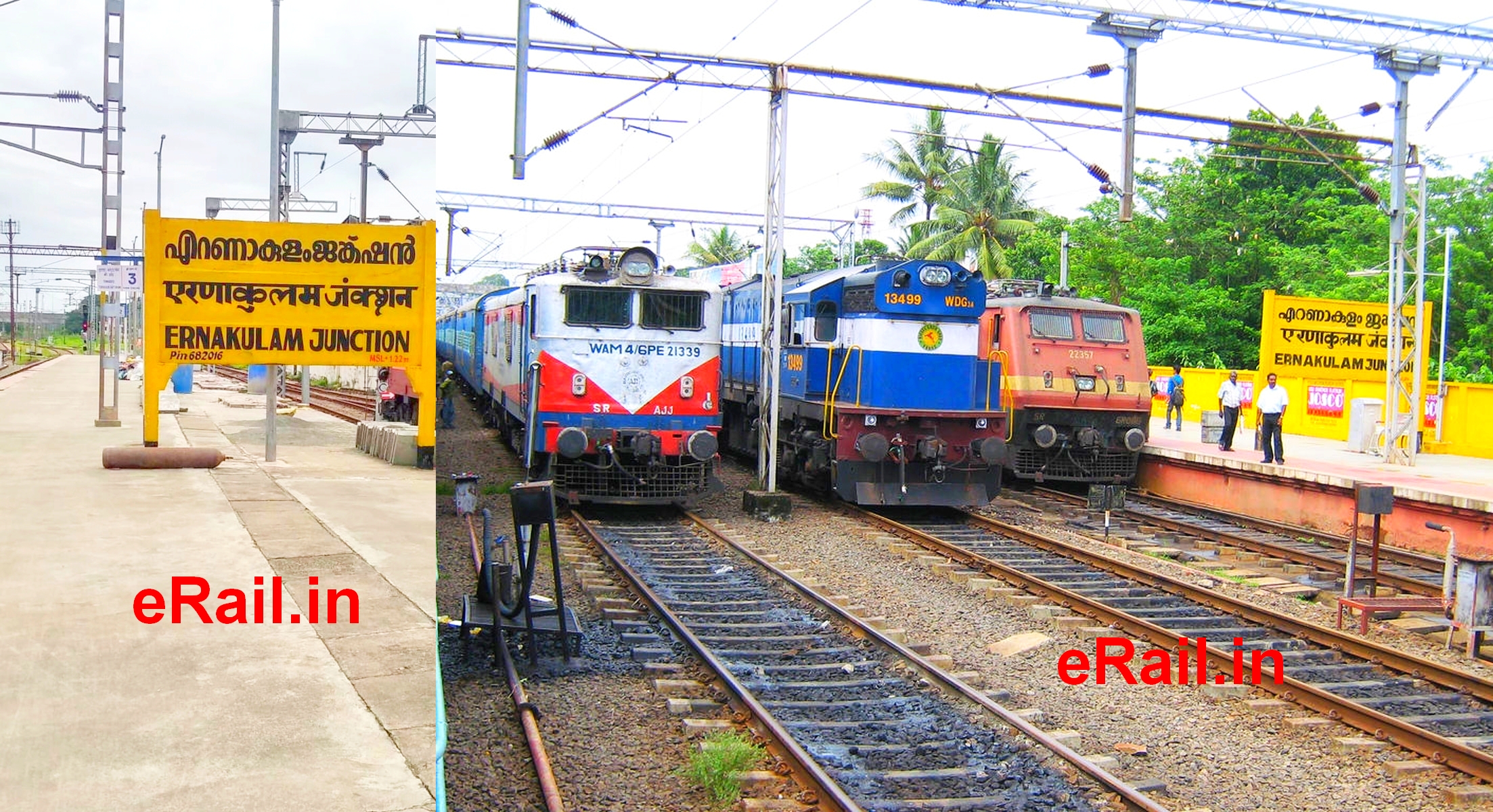 Ernakulam Junction railway station is the biggest railway station located at Kadavanthra in the city of Kochi in Kerala, India. Ernakulam Junction Railway Station code is ERS. Controlling 376 train routes at a time, it is the biggest and the busiest railway junction station in South India. It is an A1 classified station operated by the Southern Railway zone of the Indian Railways and comes under the Thiruvananthapuram railway division. 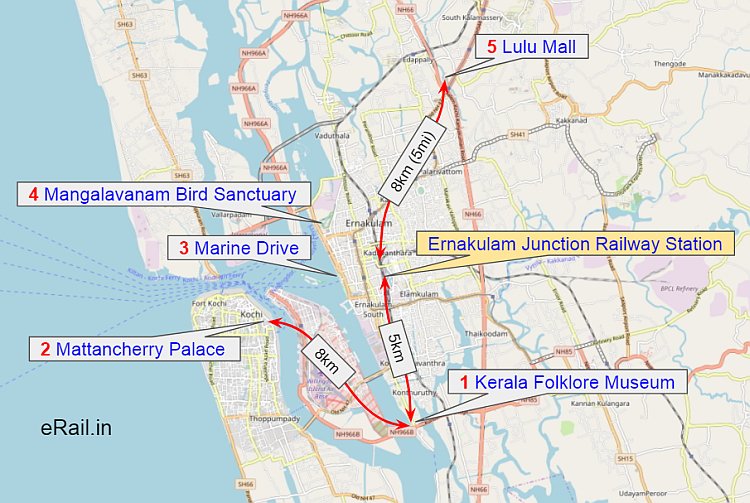 Ernakulam has six platforms to handle long distance trains and local trains and two entrances (the Main entry and the Eastern entry). Its A1 classification is the highest a station can achieve on Indian Railways. Ernakulam Junction was the first railway station in Kerala to have an escalator. It was installed on 9 September 2013. Currently all its platforms are served by escalators.

Taxis and autorickshaws are available from the exit gates of railway station to anywhere in city.