Salem Junction railway station code is SA. Railway station situated in the Salem city of Tamil Nadu State, India.The station is the headquarters of the Salem railway division of the Southern Railway Zone in the Indian state of Tamil Nadu. It is one of the major transit point in Southern India.

The station has good connectivity with satellite bus terminus and Central Bus Terminus Salem. There Is Available Of Taxi Pickup From Railway Station, The station has subway for every platform and platform bridges with escalators. 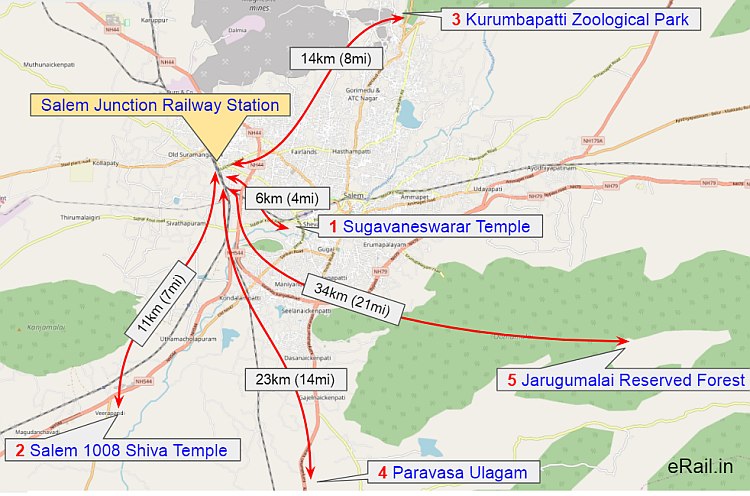 The nearest airport is Salem Airport located in Kamalapuram which is 18 km far away from the station.