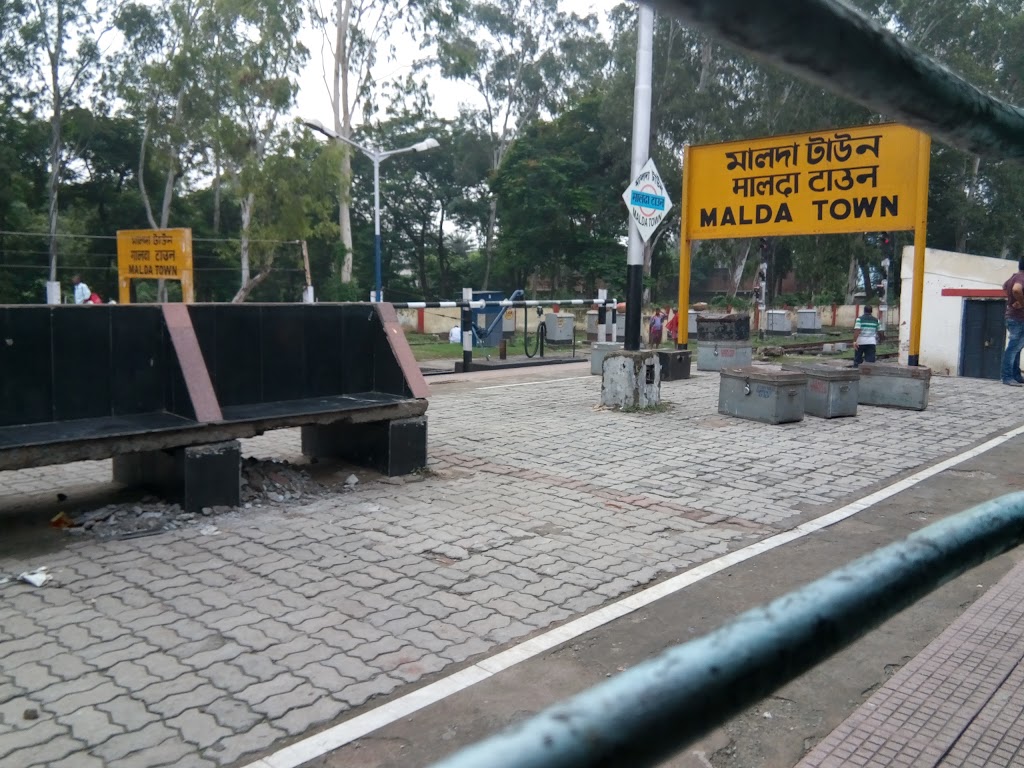 Malda Town is a railway station, serves Malda city in Malda district in the Indian state of West Bengal. It is the rail head for a visit to Gour (Historical place) and Pandua.

In the early 1960s, when Farakka Barrage was being constructed, a radical change was made in the railway system north of the Ganges. Indian Railways created a new broad-gauge rail link from Kolkata.

The 2,240 m (7,350 ft) long Farakka Barrage carries a rail-cum-road bridge across the Ganges. The rail bridge was opened in 1971 thereby linking the Barharwa-Azimganj-Katwa loop to Malda, New Jalpaiguri and other railway stations in North Bengal.

Nearest airport to Malda is situated in Bagdogra, which is at a distance of 16 km from Siliguri. Tourists can take a cab to reach Bagdogra from Malda. The city is well connected through railways with all major cities of the region, like Kolkata and Guwahati.

Distance between Malda Town Railway Station and Bus Stop is 2 kms or 1.2 miles.

Prepaid Taxi and autorickshaws are available to anywhere from both sides of Malda Town Railway Station.