Ranchi railway station code is RNC. It is the main station of Jharkhand.Ranchi Station is also the headquarters of the Ranchi division of the South Eastern Railway Zone of the Indian Railway. The Ranchi Junction railway station is connected to most of the major cities in India by the railway network.

Ranchi has trains running frequently to Delhi, Kolkata and Patna. As of 2012 Ranchi Station is being renovated and developed in the lines of Jaipur railway station. The ceilings of the Unreserved Ticketing System and the Passenger Reservation System are being beautified with scenery. 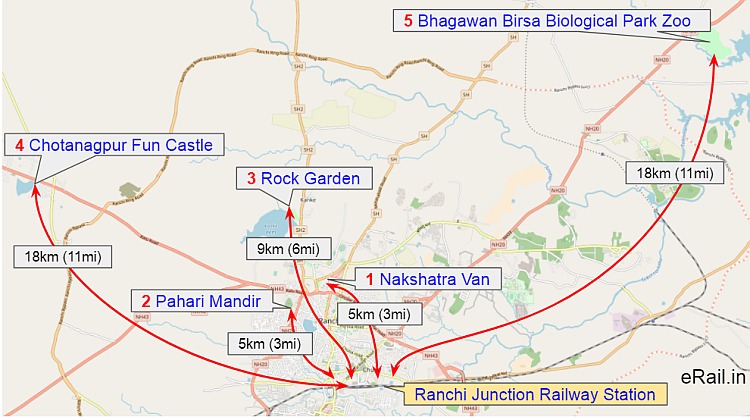 Birsa Munda Airport, Ranchi is the nearest airport to Ranchi railway station at a distance of nearly 7 kilometres.