Close to the railway station is a museum which has exhibits of vintage locomotives. It was established in 1979 by the Indian Railways, and the second such museum after the one in Delhi. One of the exhibits is the Maharani Saloon Carriage, with a kitchen and royal toilet, dating back to 1899, belonging to the Mysore Royal family. Wooden doors and pillars of the old Srirangapatna Railway Station are also on display. 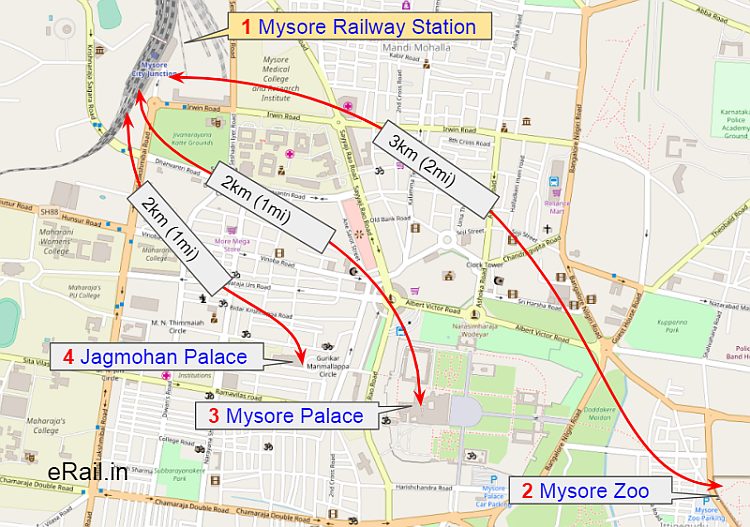 Transport are available for almost everywhere in mysore. Mysore airport is the nearest airport, Distance between Mysore Airport to Mysore Junction railway station is almost 12km.

Taxi/Autorickshaw stand near Mysore Junction railway station is just outside the railway station, 24 hrs. Taxis and autorickshaws are available from the exit gates of Railways Station to anywhere in city.