Rourkela Railway Station code is ROU. It is amongst the top hundred booking stations of Indian Railway.10 trains originate at Rourkela and 101 trains pass through it.It is situated on the Kolkata-Mumbai South Eastern railway line which is a major route connecting the two metros of India. Rourkela is connected to Mumbai, Delhi, Kolkata, Ranchi, Bangalore, Chennai etc. 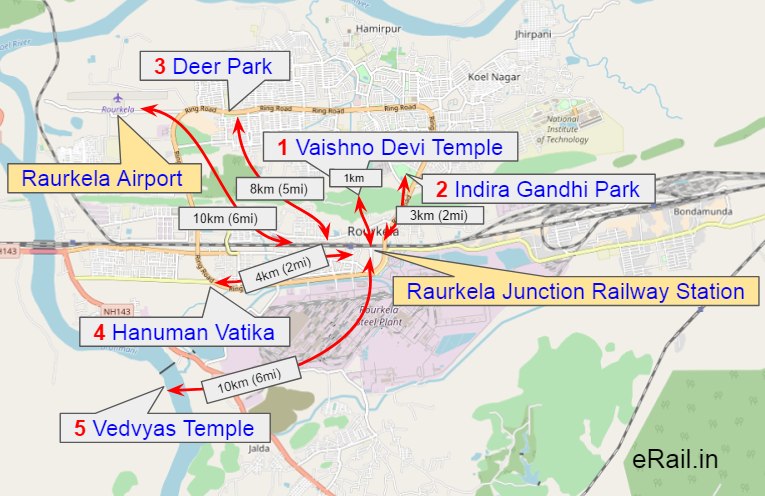 Birsa Munda Airport, Ranchi is the nearest airport to Rourkela railway station at a distance of 224 kilometres.