Coimbatore Junction Railway Station, also known as Coimbatore Main or Coimbatore city is the primary railway station serving Coimbatore city. Coimbatore Junction Railway Station code is CBE. Train service in Coimbatore started in 1861, upon the construction of the Podanur – Madras line connecting Kerala and the west coast with the rest of India. It is one of the major train stations in South India and the second busiest and revenue yielding railway station in Tamil Nadu after Chennai Central. It is one of the A1 graded station in the Southern Railway. This station comes under the jurisdiction of Salem division of Southern Railways and contributes to 45% of the revenues of the zone. It is one of the top booking stations in India according to Indian Railways. 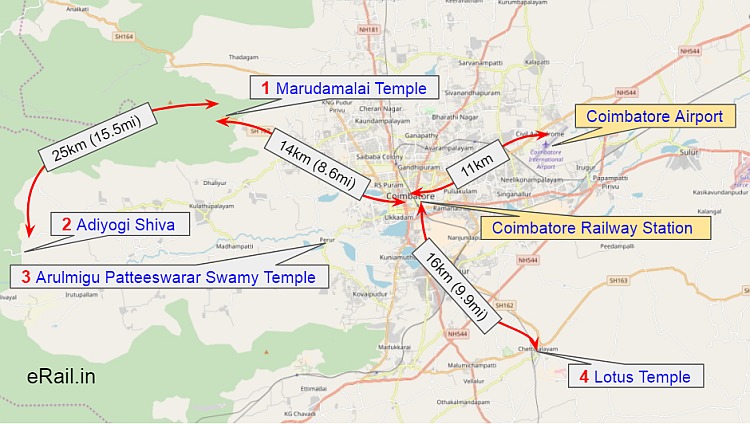 Prepaid Taxi and autorickshaws are available to anywhere from both sides of Coimbatore Railway Station.