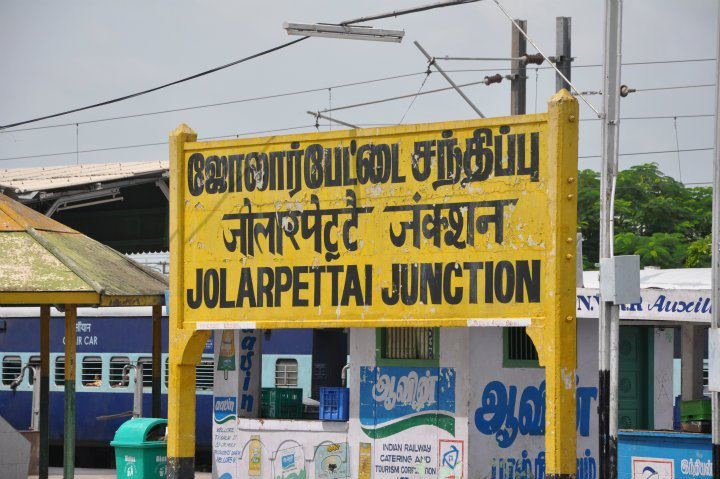 Jolarpettai is a municipality town in Vellore district, Tamil Nadu, India upgraded to IInd grade municipality from October 2010. It has the major intercity train station and a major commuter rail hub in Southern Railway. It is 7 km from Tirupattur and 18 km from Vaniyambadi.

Jolarpet Municipality was constituted in 1971 from 23.5.1971 as First Grade Town Panchayat Selection Grade Town Panchayat 1982 from 24.02 1982 and then it was upgraded to Third Grade Municipality from 01.07 2004 and it was subsequently upgraded as IInd Grade Municipality Vide GO(Ms) No. 154 Dt. 09.08 2010. As of 2011, the town had a population of 29,662 and covered an area of 13.06. km. The town is divided into 18 wards.The Municipal Council comprises 18 wards. Councillors is headed by chairperson, who is elected by voters of the councillors. The municipal office is situated at Gandhi Road near by Jolarpet Railway junction.

Prepaid Taxi and autorickshaws are available to anywhere from both sides of Jolarpettai Junction Railway Station.