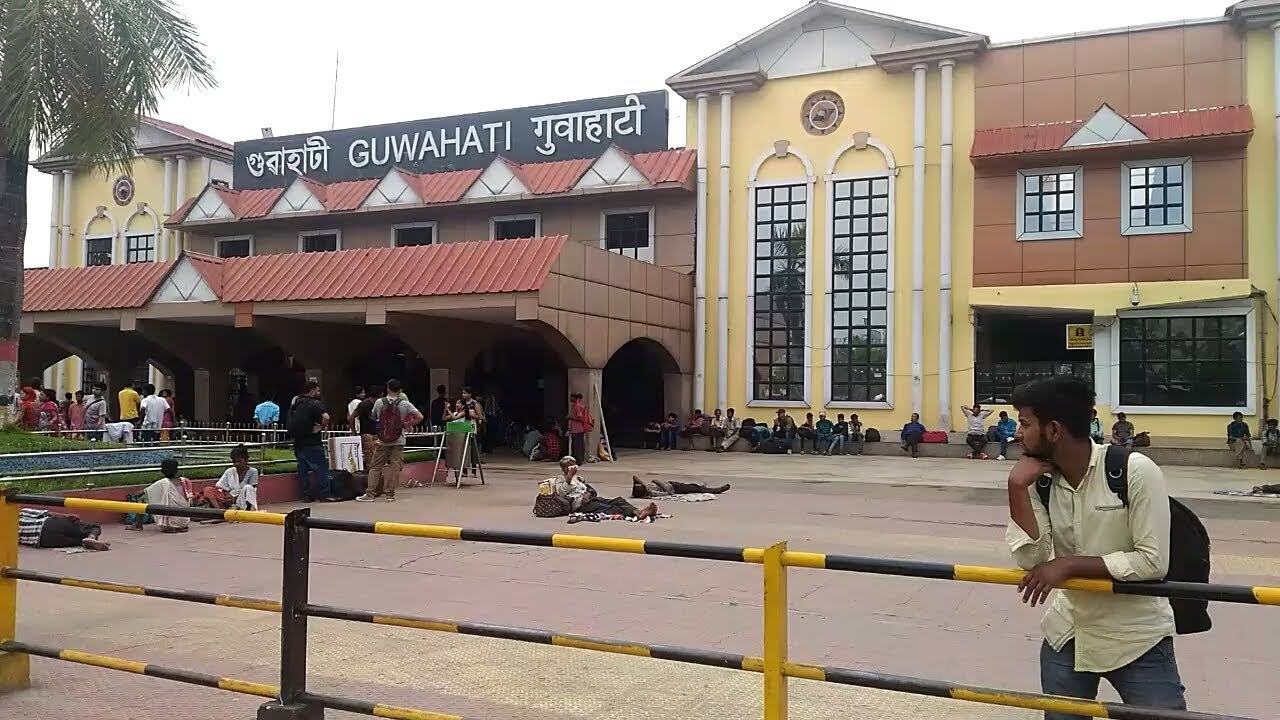 Guwahati railway station, Station code - (GHY) is located in the heart of Guwahati, Assam. Just behind the Guwahati Railway Station is the Assam State Transport Corporation Bus Station. This is in the Paltan Bazaar area of Guwahati from where most of the private bus companies operate connecting Guwahati with the rest of the state and the Northeast.

To reduce the traffic on the Guwahati junction, there is another railway station in the city at Maligaon is Kamakhya railway station. Almost all newly introduced trains run from Kamakhya station only. There were plans to make a new railway station at Beltola (in the southern part of Guwahati) to introduce trains towards Shillong. Plans have not been finalized and still in process. 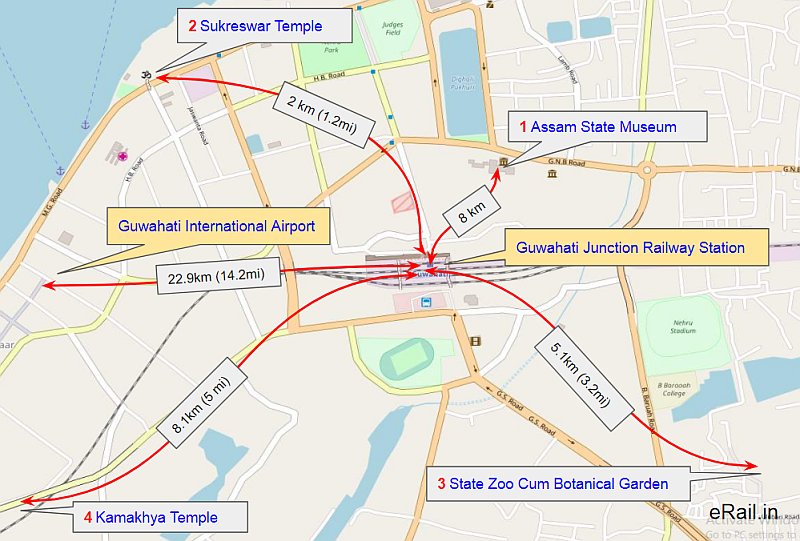 Gaetting into town from Guwahati's orderly Lokpriya Goppinath Bordoloi International Airport (23Km Away) costs Rs.500/150/100 for a taxi/shared taxi/airport bus shared taxis (per person/ car Rs.150/500) travel to the airport from outside Hotel Mahalaxmi on Gs Rd. Autorickshawa charge Rs.50 to Rs.100 for short hops within the city. You could also call an Uber through your mobile-based app and enjoy a comfortable air-con ride for less than Rs.10 per Kilometre within town or the airport. Buses leave for seceral local destinations from Kachari bus Stand.

Prepaid Taxi and autorickshaws are available to anywhere from Outside sides of Guwahati Railway Station.