Nasik Road Railway Station Code is NK. Nasik lies in the northern part of Maharashtra state,The city's tropical location and high altitude combine to give it a relatively mild version of a tropical wet and dry climate.Temperatures rise slightly in October, but this is followed by the cool season from November to February. The cool season sees warm temperatures of around 28 °C during the day, but cool nights, with lows averaging 10 °C, and extremely dry air. 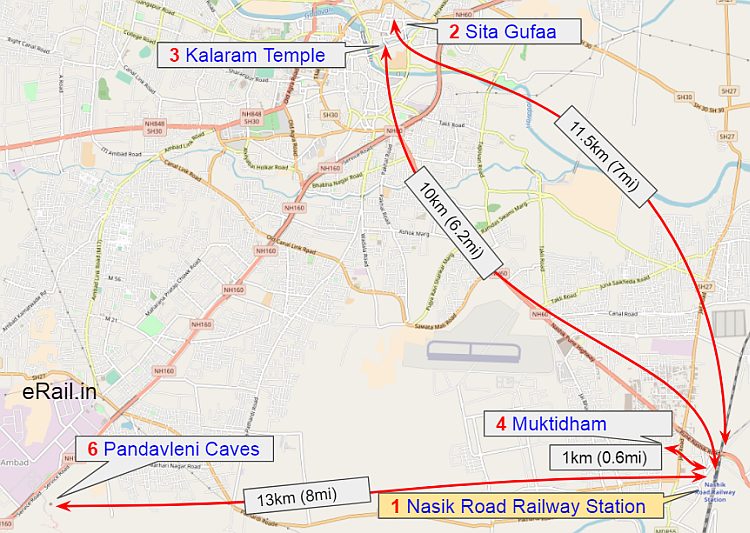 Gandhinagar Airport, Nasik is the nearest airport it's just 4km away from railway station. Taxis and autos are available for or from the airport/Railway station.

Nasik Road Bus Station is the nearest bus stop. Buses available almost for everywhere in the city from the station.

Taxi stand near Nasik Road Railway Station is just outside the railway station. Taxis and autorickshaws are available from the exit gates of Railways Station to anywhere in city.