The first train in India traveled from Mumbai to Thane on April 16th 1853. By May 1854, the Great Indian Peninsula Railway's Mumbai-Thane line was extended to the Kalyan railway station. Bhusawal was built in 1860 but was not open for traffic until the mid-1860s. The line was extended to Khandwa in 1866 and to Nagpur in 1867. Based on the number of bookings, the Manmad railway station is among the top one hundred stations of the Indian Railway. 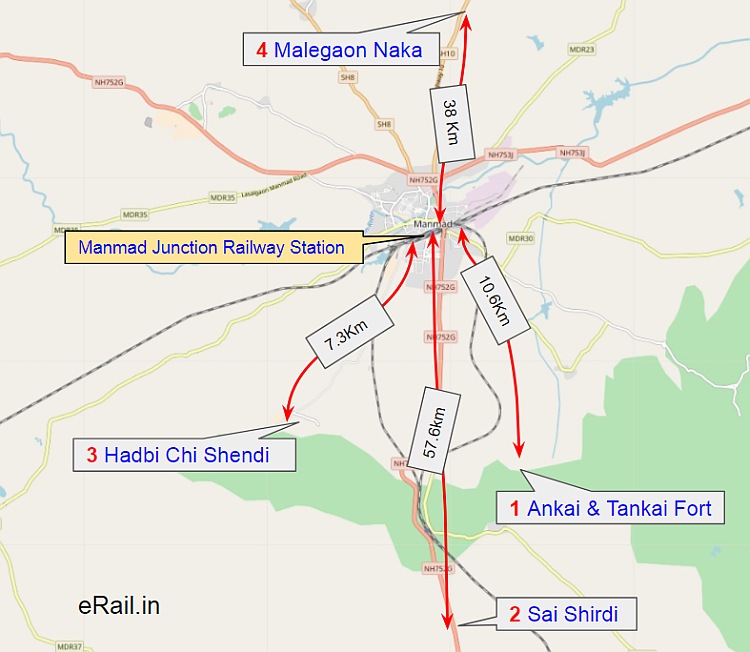 Prepaid Taxi and autorickshaws are available to anywhere from both sides of Manmad Junction Railway Station.