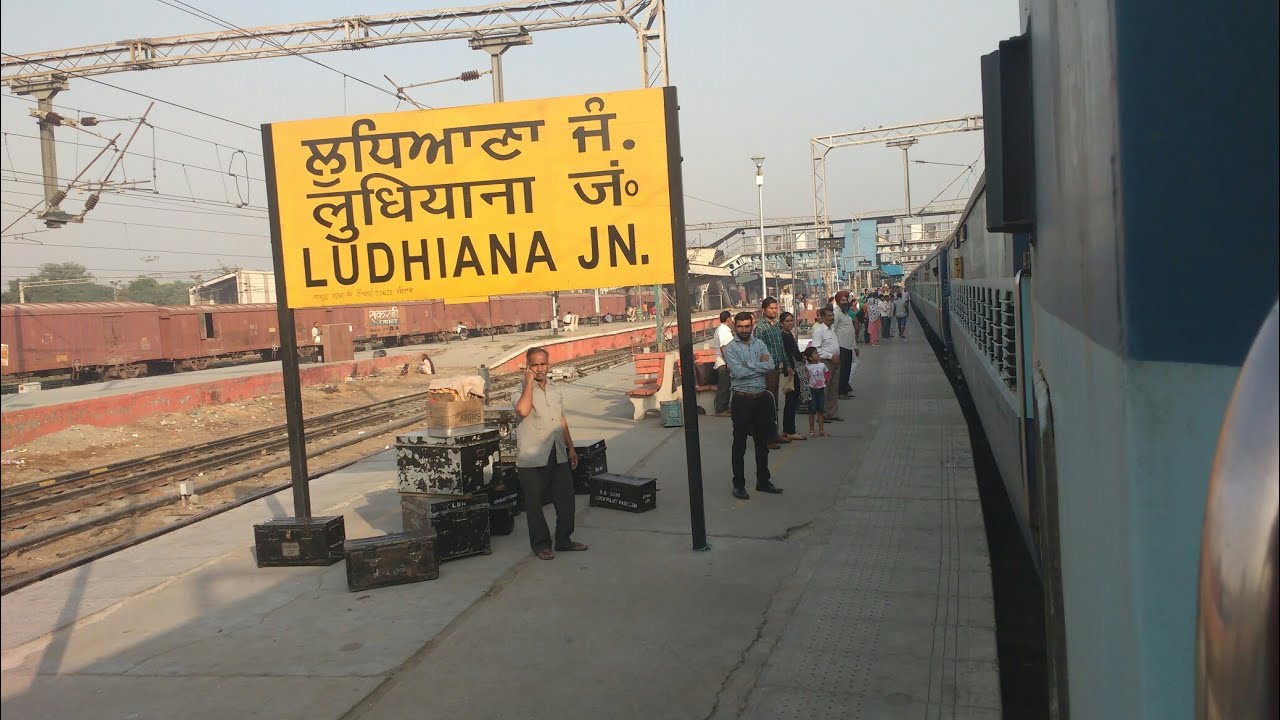 The Ludhiana-Jakhal line was laid in 1901, possibly by the Southern Punjab Railway Co.

The extension from the Macleodganj (later renamed Mandi Sadiqganj and now in Pakistan) railway line to Ludhiana was opened by the Southern Punjab Railway Company in 1905.

Phillaur is a town and a municipal council as well as a tehsil in Jalandhar district in the Indian state of Punjab.

Phillaur is the railway junction on the border line of Ludhiana and Jalandhar Cantonment (older spelling: Jullundar). It was a junction for Lohian and Ferozepur. In pre-partition days, it was the main timber market of Punjab Region. It is situated on the banks of River Satluj (Sanskrit word: Shatuddru), one of the seven rivers of Sapt Sindhu river system. The timber cut in higher regions of Shivalik range was thrown into the River Satluj and then collected at Phillaur for further transportation. The dedicated railway line survives to this day but it is not functional. The town stands on the highway of traditional Grant Trunk Road (G. T. Road or Sher Suri Marg, now National Highway 1 - NH. 1). The actual G. T. Road passes through Phillaur. The older path of actual G. T. Road still survives along the railway bridge which crosses over to Ludhiana.

This town was named by a Sanghera Jut called Phul who named it earlier is Phulnagar. However the Naru Rajputs, sent by Rai Shahr, occupied this town when Shahr's son Ratan Pal left Mau and settled in Phillaur.

During Sher Shah Suri times (1540-1545 A. D.), a Sarai (for trading and military purpose) was raised at Phillaur. The Sarai was again revived by Mughal Emperor Shahjahan (1627-1657 A. D.) and used as Postal Center (Dak ghar) and Military camp. After the Treaty of Amritsar of 1809 between Ranjit Singh and the British East India Company, it became the border post of the Lahore Empire of Ranjit Singh. It was kept under Raja Dhanpat Rai who also acted as his munshi for the lands across the River Sutluj which fell in Ludhiana (made military cantonment by British in 1842). The Sarai was converted into a fort as an outpost. Presently, the fort is called Ranjit Singh Fort. It is now being used as Police Training Academy (PTA). The Finger Print Bureau (1892) in police academy is one of the oldest institution in the region.

Distance between Ludhiana Railway Station and Ludhiana Bus Stand is 3 kms or 1.9 miles.

Prepaid Taxi and autorickshaws are available to anywhere from both sides of Ludhiana Junction Railway Station.