Rewari Junction is one of the major railway stations serving the city of Rewari in Haryana state.It is in the Jaipur Division of the North Western Railway zone and lies on the Delhi-Ajmer-Ahmedabad route. Six railway lines branch out from this railway station. 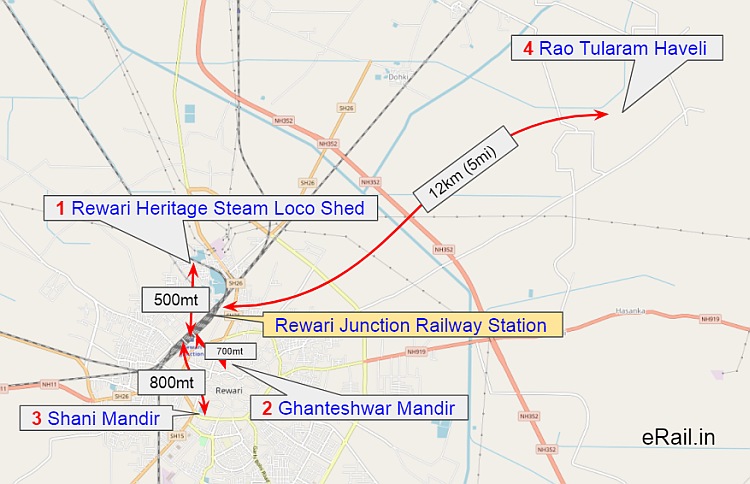 Indira Gandhi International Airport,Delhi is the nearest airport for Rewari railway station at a distance of 76km.