This station is one of the prominent stations on the Howrah-Nagpur-Mumbai line. It is also the originating point of the Raipur-Vizianagarm branch line route. 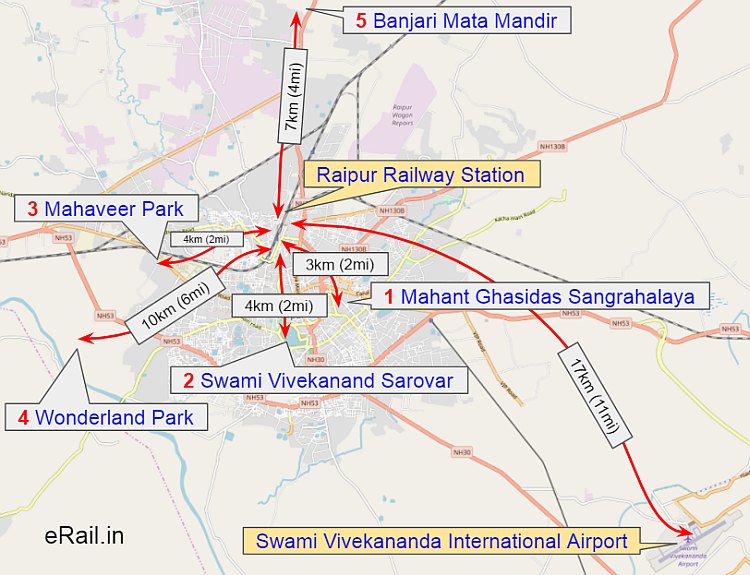 Swami Vivekananda International Airport, Raipur is the nearest airport to Raipur railway station at a distance of nearly 16 kilometres.

Raipur Junction Railway Station Bus Stop and City Bus Stand is the nearest bus stop for railway station, both are very close to station at a walking distance. Buses available almost for everywhere in the city from the station.