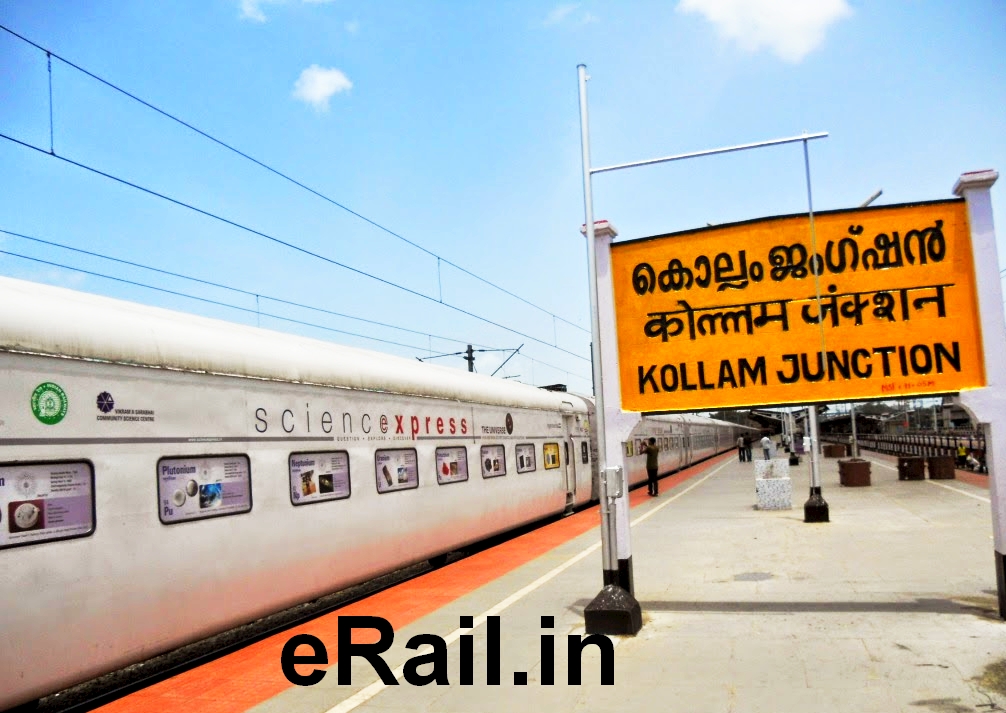 Kollam Junction lies on Kollam-Thiruvananthapuram trunk line. It is an A-class station operated by the Southern Railway Zone of the Indian Railways and comes under the Thiruvananthapuram railway division. The annual passenger ticket revenue of Kollam railway station is ₹60.44 crore (US$9.4 million) and 23,350 is the daily ridership through this station.

Prepaid Taxi and autorickshaws are available to anywhere from both sides of Kollam Junction Railway Station.