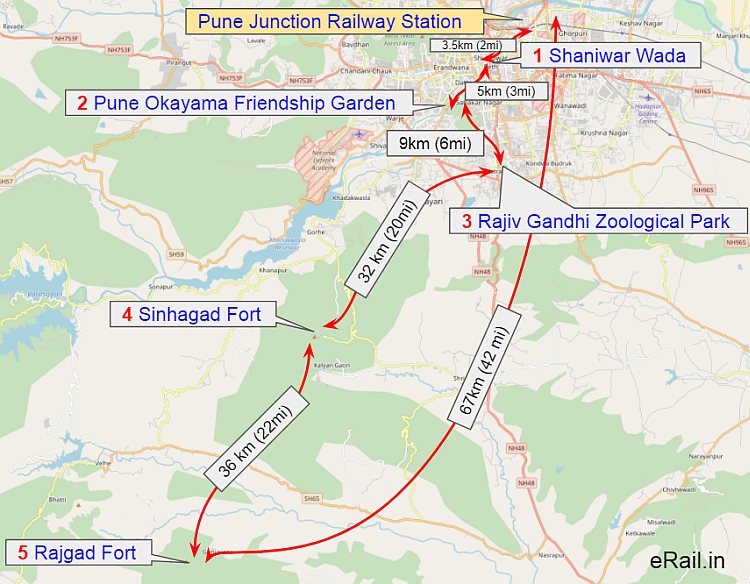 Cloak Room:- Cloak Room is located at the North side of the 1st Platform

Pune International Airport is just 8 kms far away from the railway station.

Maharashtra State Road Transport Bus Depot and Pune railway Bus Stop is the nearest bus stop for railway station. Buses available almost for everywhere in the city from the station.