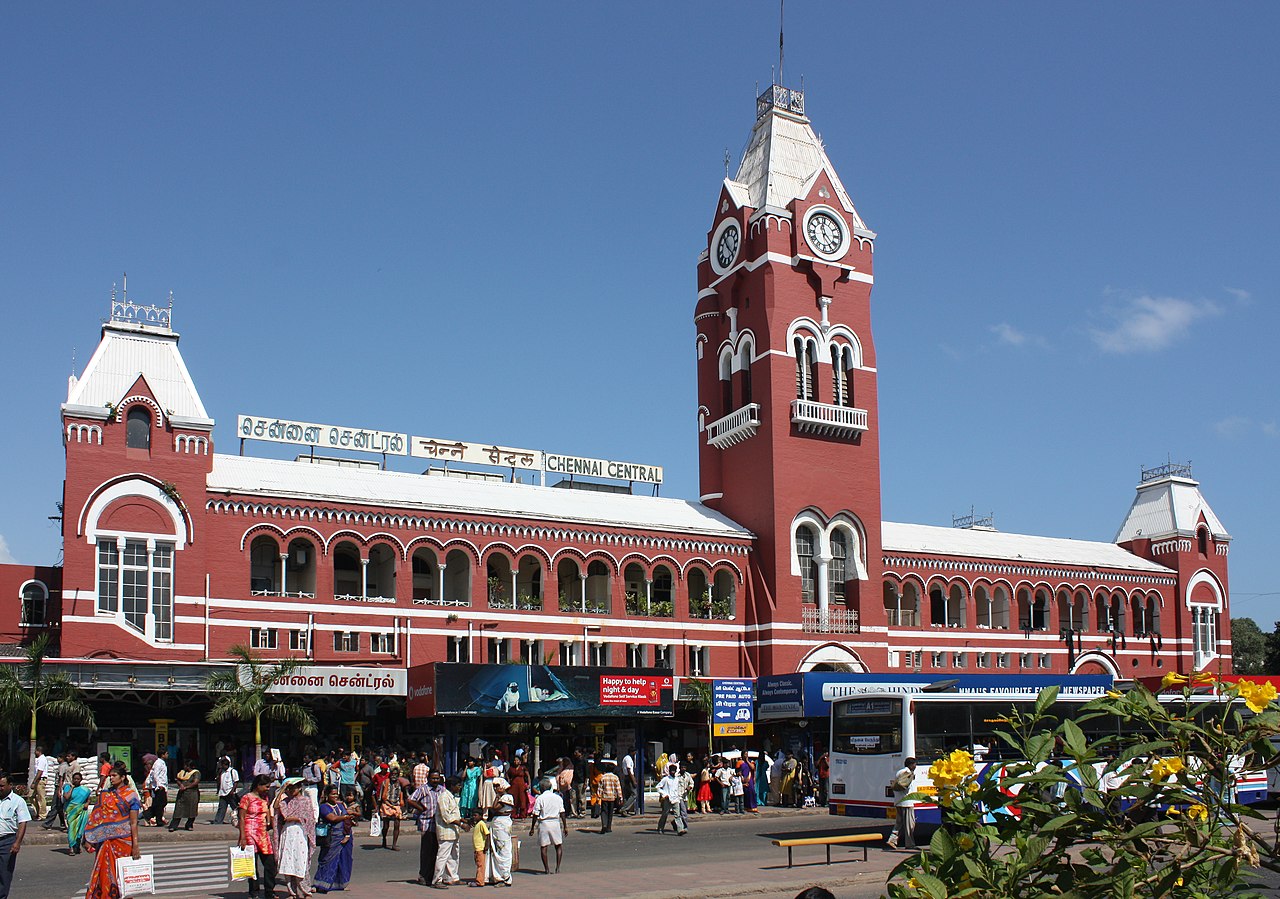 Chennai Central Railway Station, erstwhile Madras Central, is the main railway terminus in the city of Chennai, formerly known as Madras. Chennai Central Railway Station code is MAS. The 142-year-old building of the railway station, one of the most prominent landmarks of Chennai, was designed by architect George Harding. Along with Chennai Beach, the station is also a main hub for the Chennai Suburban Railway system. About 350,000 passengers use the terminus every day. Total 269 passenger trains Start/End/PassThrough Chennai Central. Total 644 Stations are directly connected to Chennai Central via these 269 passenger trains.

Chennai Central railway station facilities : The station has bookshops, restaurants, accommodation facilities, Internet browsing centres, and a shopping mall. The main waiting hall can hold up to 1,000 people. There are passenger operated enquiry terminals and seven touch-screen PNR status machines in the station. In November 2012, a public interest writ petition was filed in the Madras High Court citing the lack of a full-fledged emergency medical care centre at the terminus.

There are prepaid auto and taxi stands at the station premises. However, only 30 autorickshaws are presently attached to the prepaid counter parking, as Chennai Metro Rail has acquired its parking area for station construction.